A New Rule:  Who Is Entitled To Overtime Pay? 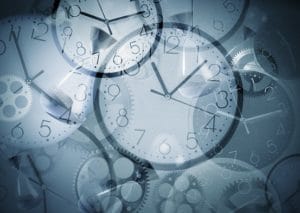 On September 24, 2019, the U.S. Department of Labor (DOL) issued a final rule concerning overtime pay requirements, something that has not happened since 2004. You can find highlights of the final rule from the DOL here.

Under the U.S. Fair Labor Standards Act (FLSA), covered nonexempt employees are entitled to a minimum wage of $7.25/hour and to overtime at a minimum rate of 1 ½ times their regular rate of pay if they work more than 40 hours of work in a workweek. These standards apply to all American workers unless they are exempt from the FLSA.

Since 2004, to be exempt and not entitled to overtime, an employee must be salaried, must earn at least $23,660/year (a pay equivalent of $455/week) and primarily perform executive, administrative or professional duties, or meet one of several less common and limited other exemptions. In 2016, the DOL proposed a change to the 2004 rule raising the minimum salary threshold from $23,660/year to $47,476/year (a pay equivalent of $913/week). However, a Texas federal judge determined the rule was not enforceable, and effectively killed the 2016 proposal before it became effective.

As part of the new rule, the DOL has scaled back its 2016 proposal and sets the salary threshold at $35,568/year (a pay equivalent of $684/week). The DOL asserts that this change will entitle an estimated 1.3 million additional working Americans to receive overtime pay.   This change is likely to impact nearly every employer.

With this looming change, employers should prepare. Recall that an employee is exempt depending upon how they are paid (for example, hourly v. salary), their earnings, and the nature of their duties. Employers would be well advised to review and consider changes that may be necessary to existing pay structures, earnings and employees’ duties to ensure full compliance with this new rule.  It is particularly important to review the circumstances of employees that earn close to the $35,568/year threshold and determine whether it makes sense to pay the employee overtime or adjust workflows and policies to minimize the potential for increased overtime costs.

For assistance with this or any portion of the employment lifecycle, register to attend our free seminar on October 17th. Or, contact Jacob M. Sitman, Juan P. Camacho, or any member of our Employment Law and Labor Relations department.