Popeye Was No Cowboy

There’s no doubt that debt collection has become a huge undertaking for various creditors and entities that collect on their behalf in recent years.  With this uptick in collection activity comes increased scrutiny by the courts to ensure compliance with the various statutes and laws that govern these collection activities, including the Fair Debt Collection Practices Act (“FDCPA”).

Who, exactly, is covered by these statutes?  Sometimes those lines can be blurred and the Court must decide. 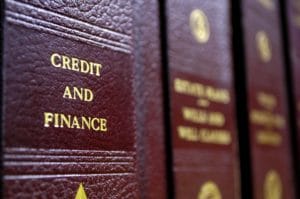 On August 7, 2018, the U.S. Court of Appeals for the Third Circuit decided Tepper v. Amos Financial, LLC.  The Court was charged with analyzing the activities of Amos Financial in the handling of a home equity line of credit and a mortgage on the Tepper residence.  The facts went something like this.

Mr. and Mrs. Tepper had a home equity line of credit initially with NOVA Bank, which was secured by a mortgage on their Pennsylvania residence.  Ultimately, NOVA closed and the FDIC took over. In the transfer process (and despite the Teppers’ various attempts to make payments), the FDIC declared the obligation in default and assigned it to Amos Financial, a debt buyer, whose sole business was the purchase and subsequent collection of debts by third parties.

In noting the District Court’s analysis that there are two ways for a party to prove that an entity is a debt collector, namely, (1) its “principal purpose … is the collection of any debts” or (2) it “regularly collects or attempts to collect … debts owed or due … another”, the Tepper Court drew from the United States’ Supreme Court’s 2017 decision in Hensen v. Santander Consumer USA, Inc.  In Hensen, the Court repealed the “default” test and found that the status of the debt being pursued, i.e. in default or not, was no longer the measure in deciding whether Santander was a “debt collector.”  In the end, the Tepper Court found Amos’ “principal purpose” was clearly the collection of debts and, therefore, fell within the FDCPA.  As a result, any actions of Amos which violated the strictures of the FDCPA exposed itself to the penalties contained therein.

As best said by the Court:  “Asking if Amos is a debt collector is thus akin to asking if Popeye is a sailor.  He’s no cowboy.”