In recent years, employers have increasingly used mandatory arbitration agreements as a tool to manage the risk of various types of employment claims. Claims subject to those agreements are diverted to arbitration, rather than the courts, for resolution. 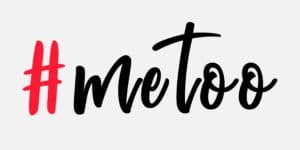 Earlier this month, however, Congress passed a bill dubbed the “#MeToo Arbitration Bill,” which would ban mandatory workplace arbitrations, but only in cases of workplace sexual assault and sexual harassment. President Biden signed the bill into law on Thursday, March 4, 2022, and the new law became effective immediately.

Many employers may be wondering what the bill means for them, what impact it will have on their existing arbitration clauses, and whether this law may open them up to additional litigation risk.

While the intent of the bill is to preserve employees’ ability to have their claims heard in court, the bill has been subject to various criticisms. As a threshold matter, some have called into question the equity of a workplace law that prevents sexual harassment claims from being forced into arbitration, while leaving, for example, racial harassment claims, subject to mandatory arbitration. Additionally, there are concerns that the law will greatly increase the cost and complexity of litigation because, in cases where employees assert various types of employment claims, the bill could, effectively, force the litigants to simultaneously resolve sexual harassment claims in court and arbitrate the other claims. Arbitration often reduces litigation costs, speeds resolution of claims, is more confidential, and reduces court caseloads.

Moreover, there are ambiguities in the law that will likely be the subject of litigation. For example, the law bars enforcement of arbitration agreements “with respect to a case” that relates to disputes over alleged sexual harassment or assault. Does Congress’ use of the word “case” rather than the word “claim” mean that employees can bring other types of employment claims into court as part of a sexual harassment or assault “case,” even where employees agreed to arbitrate other types of claims, like wage-and-hour claims? Analysts have suggested at least three ways in which courts might resolve this question:

As with many new laws, we will need to wait and see how courts apply this law and whether they allow employees who signed arbitration agreements to, nevertheless, proceed with various claims in court alongside sexual assault and sexual harassment claims.

In the meantime, employers should review their current arbitration agreements and risk management plans and decide whether revisions are necessary in view of this expected change in the law. Our Employment Law attorneys will continue to closely monitor these developments and are available to assist employers with understanding how this new law may impact their workforce.