Pursuant to Pennsylvania’s Right to Know Law, a regional newspaper sought to obtain a copy of a video recording of an incident involving a student and a teacher that occurred on a school bus. The school district opposed the request.

The Office of Open Records (OOR) concluded that the video was a public record to which the public was entitled to access. The district appealed this determination to the Court of Common Pleas. At that point, the newspaper sought assistance from FLB. Before the Court, the School District asserted that one of several exceptions to the Right to Know Law applied, and that the video should not be viewed as a public record. First, the district argued that disclosure of the record would violate the federal Family Educational Rights and Privacy Act (FERPA), and that disclosure could result in the district losing federal funding. The district’s second argument was that the video was exempt from disclosure because it had been used in a pending action to discipline, demote or discharge the teacher involved in the incident (specifically, it was alleged that the teacher had grabbed a student and slammed him down in the bus seat). 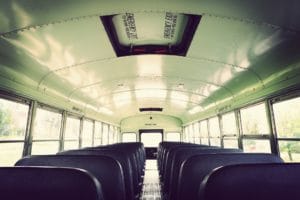 Douglas J. Smillie, head of the firm’s litigation department, represented the newspaper and its reporter before the Court of Common Pleas and on appeal before the Commonwealth Court.

The Common Pleas Court affirmed the original decision of the OOR, holding that the video was not an “education record,” and that because there was no final action resulting in the demotion or discharge of the teacher, the video was not “information regarding”  discipline, demotion or discharge. The Court ordered the video to be produced to the newspaper. The school district appealed yet again, this time to Pennsylvania’s Commonwealth Court.

The Commonwealth Court addressed each issue in turn. With respect to the contention that the video was an education record protected under FERPA, the Court agreed with the newspaper’s position that because the video did not contain sensitive information about the student and did not relate directly to the student, it was not an “education record” within the meaning of FERPA.

The Court also rejected the school district’s argument that the video itself was information regarding the discipline, demotion or discharge of the teacher. In part, the Court reached this conclusion because at the time the school district denied the request, there had been no final action concerning the teacher, and because the school district, which had the burden to establish the applicability of the exemption, failed to prove that the video was in the teacher’s personnel file. The newspaper had also argued that evidence giving rise to disciplinary action is different from information regarding the disciplinary action itself, and thus the exemption should not apply; however, the Court did not reach this argument.

Finally, the Court addressed the third claim raised by the school district: that the video was exempt from disclosure as a record relating to a noncriminal investigation, including “investigative materials, notes, correspondence and reports.” On this issue, the Court held that the school district, which had raised the claim for the first time on appeal, had waived the argument.

Based upon its analysis of the claims asserted by the school district, the Commonwealth Court affirmed the decision of the trial court and the OOR, and concluded that the video was not exempt from disclosure, and should be produced to the newspaper.

Douglas J. Smillie, head of the firm’s litigation department, represented the newspaper and its reporter before the Court of Common Pleas and on appeal before the Commonwealth Court.  The Court’s Opinion in Easton Area School District v. Miller can be found here.