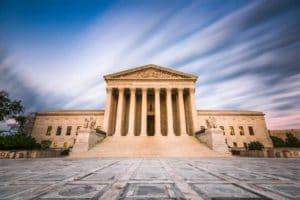 In October of 2019, the Court of Appeals for the Third Circuit issued a decision addressing an often-asked question in bankruptcy: whether it is a violation of the automatic stay to retain a vehicle that was repossessed pre-bankruptcy? The Court of Appeals answered in the negative, as addressed in this article, posted on this site on December 11, 2019. At the time, I stated, “the Court of Appeals’ decision in Denby-Peterson serves to amplify the division among the Circuit Courts of Appeals, which usually means that the issue will be headed to the Supreme Court for final resolution.”

As predicted, the issue reached the United States Supreme Court, which resolved the split among the Circuits on January 14, 2021 in Chicago v. Fulton, holding that mere retention of estate property after the filing of a bankruptcy petition does not violate §362(a)(3) of the Bankruptcy Code.

The Court’s decision removes uncertainty and brings the law into conformity in all judicial circuits. Where property is repossessed prior to a bankruptcy filing, and this happens most frequently (but not exclusively) with vehicles, the burden is now on the debtor to seek the intervention of the bankruptcy court to seek relief, or reach a satisfactory agreement with the creditor. The bankruptcy court can still order the return of the collateral, but at the same time will consider the creditor’s request for adequate protection or the imposition of any other conditions that may be appropriate to protect the interests of both the debtor and the creditor. At the same time, the repossessing creditor will not have to be concerned with the threat that its actions in retaining the property constitute a violation of the bankruptcy stay, with the attendant risk of sanctions.