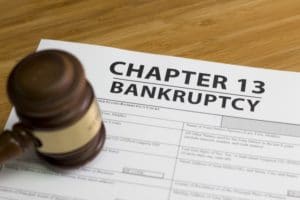 On May 15, 2017, the Supreme Court resolved a split among the Circuit Courts of Appeals, holding that the filing a time-barred / stale claim does not violate the Fair Debt Collection Practices Act. Midland Funding v. Johnson (U.S. May 15, 2017).

The Fair Debt Collection Practices Act, 15 U. S. C. §§1692 et seq., prohibits a debt collector from asserting any “false, deceptive, or misleading representation,” or using any “unfair or unconscionable means” to collect, or attempt to collect, a debt. The Bankruptcy Code, 11 U.S.C.  §§ 101, et seq., provides a system for the adjustment of the debtor/creditor relationship, in part by offering a discharge of certain debts to “the honest but unfortunate debtor.” It is not surprising that two laws that deal with consumer debts may intersect.

In order to receive payment in a bankruptcy case, it is generally incumbent upon the creditor to file a proof of claim, a relatively straightforward document that establishes the amount of the claim. Over time, debt collectors have become debt buyers who acquire volumes of debt as substantial discounts. The older the debt, the greater the discount because older debts are simply more difficult to collect. In many instances, debt buyers will file proofs of claim in bankruptcy cases, even though the statute of limitations to commence a suit to collect the debt has passed. The question has come up whether filing a proof of claim in a bankruptcy case where the claim is past the applicable statute of limitations is a “false, deceptive, or misleading representation,” or use of  “unfair or unconscionable means” to collect the debt, in violation of the FDCPA. The Circuit Courts of Appeals split on the issue, with some finding a violation and others not. The Supreme Court granted an appeal to resolve the division among the lower courts.

In an 5-3 decision, the Supreme Court concluded that filing (in a Chapter 13 bankruptcy proceeding) a proof of claim that is obviously time barred is not a false, deceptive, misleading, unfair, or unconscionable debt collection practice within the meaning of the Fair Debt Collection Practices Act.

The Court reasoned that under applicable state law (in this case, Alabama) the creditor had a right to payment of the debt, even after expiration of the statute of limitations. As such, the creditor may still claim the existence of a valid debt, even though the debt is no longer enforceable in a collection action in court. An unenforceable debt is nevertheless a “claim” under the Bankruptcy Code, which may be asserted, even if it is subject to disallowance based upon an objection. Moreover, the statute of limitations is generally regarded as an affirmative defense, and thus the claim still exists, even though it is subject to a properly raised defense.

The Court also looked that the different purposes of the statutes in question. “The [FDCPA] seeks to help consumers, not necessarily by closing … a loophole in the Bankruptcy Code, but by preventing consumer bankruptcies in the first place.” On the other hand, “the Bankruptcy Code, by way of contrast, creates and maintains … the ‘delicate balance of a debtor’s protections and obligations.’”  The Court found that application of the FDCPA to the case before it would upset that delicate balance.

The dissent asserted that knowingly filing stale claims in bankruptcy proceedings is not good faith, but seeks to profit through the inadvertence of others (i.e., those who fail to object to time-barred claims), and qualifies as “unfair” and “unconscionable” under the FDCPA. The dissent invited Congress to amend the FDCPA to address the situation.

Based upon the Supreme Court’s ruling, debtors and trustees may not assert that the filing of a time-barred claim violates the FDCPA’s prohibition of the employment of a “false, deceptive, or misleading representation,” or use of “unfair or unconscionable means.” Such a claim may still be subject to disallowance. Debtors and trustees, as well as other creditors, should be alert to a potential objection to a stale claim in cases where there is to be a distribution, because disallowance of that claim will result in an increase to the distribution to other creditors. The mere filing of such a claim is not prohibited or sanctionable.