The Uncertain Future of Physician Non-Competes 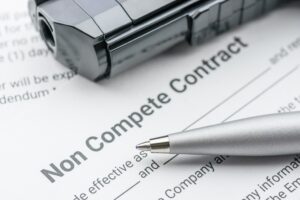 It is now well beyond standard practice for independent professional practices and healthcare systems to require their employed physicians to execute non-competition provisions as part of their employment relationship.  Enforceability of the “non-competes” has been somewhat of a “mixed bag” and is often very fact specific. There have been a few cases in Pennsylvania that support the position that when a particular specialty service is required in a specific geographic area, the non-compete might be against the public interest and, therefore, not enforceable.

State Representative Torren Ecker has recently proposed House Bill #681, which would prohibit enforcement of covenants not to compete in certain healthcare provider employment agreements. The Preamble of the Bill indicates that “healthcare practitioner shortages have reached alarming proportions in the United States and, in particular, [Pennsylvania]”.  The Bill effectively prohibits enforcement of non-competition provisions stating the general rule that a covenant not to compete is “deemed contrary to public policy”.

Interestingly, the proposed legislation allows an employer in the smallest and most rural counties of Pennsylvania to enforce a covenant under certain circumstances. That exception seems to be inconsistent with some of the pre-existing case law that disfavored non-competes in situations where certain geographic areas might not otherwise be able to attract the services of a specialist or sub-specialist.

The House Bill does indicate, however, that nothing in the proposed legislation will be deemed to prohibit an employer from recovering from a competing former employee certain expenses associated with the recruitment of the physician or the establishment of the healthcare practitioner’s patient base. It specifically allows liquidated damage clauses to recover those expenses provided the amount does not exceed fifty (50%) of the healthcare practitioner’s annual compensation.

Obviously, if House Bill 681 is approved as proposed it will create a “sea change” in physician employment agreements. At the very least, anticipate that any such agreements will now include a rather detailed liquidated damage clause in the event that the impacted physician wishes to engage in a competitive activity after employment.

After a flurry of discussion and proposed changes the House bill has “stalled” but Representative Ecker seems intent on attempting to push through the legislation.  More to come!