I recently reported on the Third Circuit Court of Appeals’ decision in In re Lansaw, in which the Court upheld the imposition of sanctions, including the award of emotional distress damages, for violations of the automatic stay. I suggested that creditors be guided accordingly. Despite the clear signals from the Courts, stay violations continue and the Bankruptcy Courts, armed with the Court of Appeals’ ruling on the issue, award sanctions and damages for emotional distress when warranted by the facts. 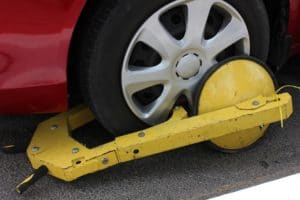 In a recent case, Chief Bankruptcy Judge Eric Frank of the Eastern District of Pennsylvania relied upon the holding in Lansaw to impose sanctions, including attorney’s fees, and $5,000 in emotional distress damages against a creditor for a knowing violation of the automatic stay. In In re Odom, the offending creditor was the Philadelphia Parking Authority (PPA), which twice towed the Debtor’s vehicle for pre-bankruptcy debts, despite knowledge of the bankruptcy and the effectiveness of the automatic stay.