Call Your Next Witness: Alexa?

Who else can your virtual assistant help?

We recently inherited my daughter’s cat, Luna, after she graduated from college. I’ve since learned that one thing that cats do is stand on you as you’re watching TV. Now I can relate to the Amazon commercial with the guy lying in bed and the cat standing on his chest when he says, “Alexa, call the Smiths and tell them to come get their cat.”

One story that recently caught my eye was an Arkansas murder case where the victim was found floating face-up, dead, in the perpetrator’s hot tub.  In that case, the prosecution asked Amazon to divulge recordings from the perpetrator’s Amazon Echo™ found on the property. I found myself wondering why the recordings would be of any relevance. 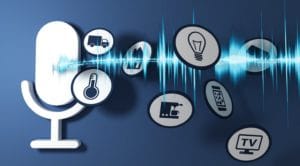 Can your virtual assistant “testify” against you?

It was then I learned that Alexa not only records the question that you might ask her, but all audio interactions with her.  To be sure, the terms of use for the Amazon Echo™ notify users that “Alexa processes and retains your Alexa interactions, such as your voice inputs, music playlists, and your Alexa to-do and shopping lists, in the cloud to provide and improve our services.”  So, can Alexa actually be a witness at trial?

Think about all of the things that you might say in your house which could be relevant in any civil or criminal matter.  Practically every part of your day can be recorded by a virtual assistant.  Your alarm clock when you get up in the morning.  Appointments that you might have during the day.  Think of it as asking Alexa to do all the searches that you might typically do in a day via Google at your desktop or on your smartphone. Movie times. Restaurant reservations.  What about guests that visit?  Or, even more problematic, what if you left Alexa on for the annual “pre-game” get-together at your house the Wednesday before Thanksgiving? Oh boy.

In sum, virtual assistants such as Alexa, Siri (Apple), Bixby (Samsung), Cortana (Microsoft), and Google’s Assistant will certainly come into play as a matter of evidence in litigation where claims are based on proof concerning what someone may have said or knows, when they knew it or said it – all relevant “building blocks” of claims brought and defended in courtrooms across the country.

So, when I was searching for an off-campus apartment for my son for next year, one landlord’s website touted the units’ “smart home technology” and Echo Dot™ voice capability in every apartment. My first question was: “does that have to be the case?  He is in college.” Much to my relief, I was told that the Echo™ can be unplugged.  Thank God.