Can You Enforce a Cannabis Patent in Federal Court? 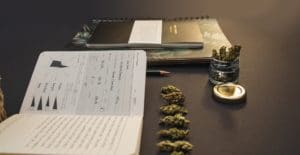 In the first known cannabis patent infringement case to reach a federal court, the US District Court for the District of Colorado, on April 17, ruled that United Cannabis Corp.’s U.S. Patent 9,730,911 is directed to patent-eligible subject matter.  The court denied the motion of defendant Pure Hemp seeking dismissal of the case on the theory that the patent was addressed to a patent ineligible law of nature or natural phenomenon.

The ‘911 patent claims several variations of cannabis extracts, each of which can generally be summarized as covering formulations where the cannabinoid makeup is at least 95% of a specified cannabinoid, be it CBD, THC, THCa, or a combination thereof.

It is important to distinguish between the Patent Act’s requirements for determining whether a purported invention is even eligible to be patented from the question of whether it is ultimately entitled to be patented.  This has been a hot-button question of patent law for decades, but particularly since 2012.  While the details of this issue are many and nuanced, suffice it here to say that eligibility requires that the claims of a patent not be addressed to a law of nature, a natural phenomenon, or an abstract idea.

If a patent applicant can surmount that threshold hurdle, the Patent Office will then consider whether the claimed invention is patentable, in accordance with the other requirements of the Patent Act – namely that it is novel, not obvious, and that the invention is fully described.

The holding of the Colorado court came at an early stage of the litigation.  Defendant, Pure Hemp, filed a motion for summary judgment claiming that UCANN’s patent should not have issued at all because the claimed formulations are patent-ineligible natural phenomena.  To survive at this stage of the litigation, UCANN need only show that there is a genuine issue of material fact that requires evidence to be presented, precluding the court from deciding the case as a pure question of law.  On the limited question presented, the court disagreed with Pure Hemp:

“Pure Hemp has failed to establish beyond genuine dispute that a liquefied version of cannabinoids and related chemicals at the concentrations specified in the 911 Patent is anything like a natural phenomenon…[T]he 911 Patent is not “directed to” an unpatentable law of nature, a natural phenomenon, or an abstract idea. It is instead “directed to” a non-naturally occurring delivery method of naturally occurring chemicals”

And so, the patent survives the test of eligibility.  But, this is not the end of the case and the questions of (1) whether the claimed invention was patentable and (2) whether Pure Hemp infringed remain.

Where This Leaves Federal Cannabis Jurisprudence

Anyone in the cannabis industry is likely well-acquainted with the conundrums presented by federal law, including difficulties in banking and the unwillingness of the US Patent and Trademark Office to register cannabis-related trademarks.  So, why is a federal court so willing to treat a cannabis patent in a manner indistinguishable from any other subject matter?  In my estimation, the answer is simple: a patent does not require the owner to use the claimed invention in commerce.

The UCANN patent, as with any other patent, teaches the world.  Issuance of that patent, however, does not require that UCANN actually produce a real-world product or otherwise take any action to implement the invention.  Showing a full understanding of the invention is enough to permit patenting.

Trademark registration, on the other hand, requires that the trademark owner demonstrate actual use in commerce of the trademark in connection with the goods or services identified in the application.  That is, the owner of a cannabis-related trademark must engage in commercial activity – activity that would presumably be prohibited by the federal Controlled Substances Act.

The result, for now, is that trademark law remains unchanged and the USPTO will continue to refuse applications for registration of cannabis-related marks if it determines the associated activity to be contrary to federal law.  If, however, other courts are willing to follow the lead of the District of Colorado, cannabis-related patents will be enforceable in federal court.  Expect to see other patent owners try their luck in other courts.

For questions about patent, trademark and copyright eligibility and enforcement, please contact Doug Panzer or someone on our Intellectual Property team.