Does Your Contract Need a Dentith?

As a litigator in FLB’s Litigation and Trial Practice group, I’m often asked by clients to represent them on claims based on a written contract. In many cases, these documents are littered with typos, ambiguities, conflicting terms and misidentified parties. Basically, these contracts used by small and large businesses alike, are poorly drafted. Unfortunately, by the time a complaint is routed to my office, there isn’t much that can be done other than to “live with it” and litigate to the best of our ability on deficient papers. 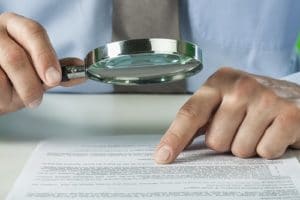 Turn to FLB’s attorneys for help in reviewing your key business contracts.

That’s the bad news. The good news is that a business can be proactive before the arrangement goes south and the case ends up in court. Here are some common red flags to consider.

The first issue our transactional lawyers examine is the parties.  What is their structure?  Are they a corporation, an LLC or a sole proprietorship?  All of those entities carry varying rights and responsibilities and, in the litigation context, potential exposure.  The first order of business is to make sure that your entity is accurately described in the documents, so that if you have to go to the courthouse, your entity is properly recited in your contract.

Worse, perhaps, is when the opposite party’s entity is not correct in your contract.  In other words, the name has not been vetted beforehand to confirm (for example with the Pennsylvania Department of State) whether it’s a corporation, LLC, sole proprietorship, individual fictitious name, or corporate fictitious name.  You shouldn’t enter into a contract with an entity that either (a) doesn’t exist or (b) isn’t properly described or recited in the contract. And now you want to enforce it?

For example, there’s a big legal difference between “Michael R. Nesfeder, Inc.” and “Michael R. Nesfeder.” The former can insulate one from liability; the latter can expose personal assets. The lesson here is don’t simply rely on what someone tells you is the nature of their business.  Check it out with a third party and research it thoroughly before the contract is finalized.

The next hurdles then are the terms of the contract.  Are they clearly written?  Are ambiguous pronouns, (e.g., “we”, “you”, “our”, “us”) sprinkled throughout the document? To whom does that refer? Those ambiguous and vague words could be contained in key paragraphs within the contract, which will make it more difficult to enforce if it was sloppily written. Those deficiencies will come back to haunt you and, like Humpty-Dumpty, may not be able to be fixed once the matter gets to litigation.

I want to also note that Pennsylvania law still holds that any ambiguities or problems with an agreement are construed against whoever wrote it. So, you can’t say “I meant….” this or that – the Courts will say “too bad, it’s your document.”

In these days of “Attorney Google”, it’s so easy to be pennywise and pound foolish and have documents that are potentially deficient – even one word – turn into an expensive and time-consuming disaster down the road should you need to enforce your rights and have your deal litigated in the courts.  In other words, take the time to research and nail down every term in your contracts so that they have the “teeth” that you think they have once it gets signed and the deal is under way.  Better yet, investing in legal counsel in the beginning will increase your odds that the contract doesn’t end up on my desk should the deal ultimately break down and need to be enforced or defended.