The words of caution are well known, even if not always heeded: “if you post something to social media, it’s there for everyone to see”; “once it’s on the Internet, you lose all control and have no expectation of privacy”; or “anything shared electronically lives on forever.”  Many cases, and even more personal embarrassment, have resulted from ill-conceived social media posts, whether in the form of an email, a text message, an Instagram, a Facebook post or a Snapchat. 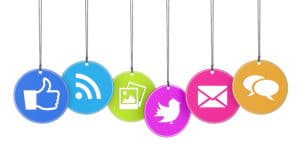 While the warnings are now the stuff of repeated and renowned legal, parental, and employer advice, the law is still coming to grips with the technological development and novel issues presented by these relatively new forms of communication. In a case of first impression, the Pennsylvania Superior Court recently addressed the evidentiary standards to authenticate and admit into evidence social media posts. The case is Commonwealth v. Mangel, decided on March 15, 2018.

The case involved criminal charges arising out of a fight at a graduation party. The Commonwealth sought to introduce evidence of social media posts and cell phone text messages alleged to have been made by the defendant. To do so, the prosecution offered the testimony of a detective who described how she had investigated and identified a Facebook account and text messages as having been posted by the defendant. The detective, who was qualified by the Court as an expert in computer forensics, testified that she conducted a search on Facebook for the suspect’s name, and identified an account bearing his name, associated with his address, and indicating that the owner attended the same high school. However, when asked by the Judge whether she could testify to a reasonable degree of professional certainty that the defendant created the posts at issue (including a photo of bloody knuckles), she conceded she could not. As a result, the evidence was excluded.

On appeal, the Commonwealth argued that the standard applied by the trial court for admission of the evidence was too stringent. The Superior Court disagreed and affirmed the exclusion of the evidence. Merely showing that a post came from a specific social media account is not enough to allow the post into evidence.

The Court held that social media records and communications can be properly authenticated within the framework of the existing Pennsylvania Rules of Evidence and case law.  The Court stated that initially, authentication of social media evidence is to be evaluated on a case-by-case basis to see whether there has been an adequate foundational showing of its relevance and authenticity.  In addition, the proponent of the evidence must present direct or circumstantial evidence that tends to corroborate the identity of the author of the communication, such as testimony from the person who sent or received the communication, or contextual clues tending to reveal the identity of the sender. This analysis tracks with Pennsylvania Rule of Evidence 901, which relates to the authentication of evidence: i.e., that the evidence offer is what it purports to be. This can be accomplished by testimony of a person with knowledge or under other circumstances, which include circumstantial evidence.

The Court pointed out that social media evidence presents additional challenges because of the ease with which a social media account can be falsified, or a legitimate account can be accessed by an imposter.  The Court relied on two of its previous holdings, Commonwealth v. Koch and In re F.P., a Minor, cases dealing with cell phone text messages and computerized instant messages, respectively. The Court also reviewed a recent decision of the Third Circuit Court of Appeals in United States v. Browne, which had addressed the authentication of Facebook logs.

The Superior Court concluded that the there was insufficient evidence to conclude that the defendant had created the Facebook account at issue or was the author of the messages in question. Thus, the trial court had correctly excluded the proposed evidence.

As a result, while social media posts may exist in perpetuity and the author may lose any hope of privacy once something is posted, there is still an evidentiary burden to be met before those posts, pictures or messages can be introduced as evidence at a trial. Not only must the account owner be identified, but there must be evidence that the alleged owner created and controlled the account, and that any specific post was authored or published to the account by the person alleged to have done so. At a minimum, there must be some direct or circumstantial evidence to support that finding before the item is admitted into evidence.