New Mexico has just become the latest state to add to the growing momentum of “CROWN Act” legislation across the country, passing laws to prohibit employment discrimination based on a person’s hairstyle, natural hair texture and related characteristics. 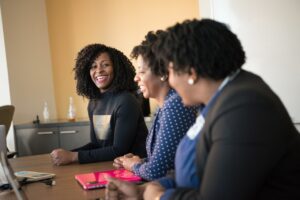 Since its passing, Title VII of the Civil Rights Act of 1964 has been the only federal law prohibiting discrimination in the workplace based on a person’s characteristics such as race, sex, national origin, color, religion, age, and disability. Despite Title VII’s discrimination prohibitions, many people of color still face hair-related workplace discrimination connected to their race or religion without any legal recourse.

People of color are more likely to experience discrimination in the workplace based on the style and texture of their natural hair. For example, in a 2019 study surveying 2,000 working women aged 25-64 employed in an office setting, African American women were found 80% more likely to change their natural hair to conform to social norms at work. African American women’s hair is also three times more likely to be perceived as unprofessional in the workplace. Despite these experiences and Title VII’s prohibitions against discrimination on the basis of color, race, national origin and religion, federal law does not prohibit hair-related discrimination.

In the years since Title VII became law, federal courts have refused to recognize hair-related workplace discrimination claims under Title VII. For example, in 2016 the U.S. Court of Appeals for the 11th Circuit found that an employer did not discriminate against a prospective African American female applicant when the employer rescinded her job offer after the applicant refused to cut off her dreadlocks in violation of the employer’s “grooming policy.” The Court held that a hairstyle constitutes a “mutable characteristic” which is not afforded Title VII protection. The Court explained its opinion that, although dreadlocks are a natural outgrowth of the texture of black hair, that does not make them an immutable characteristic of race.

The momentum of CROWN Act legislation is clear. A version of the CROWN Act has so far been enacted in eight states: California, Colorado, Connecticut, Maryland, New Jersey, New Mexico, New York, Virginia, and Washington. In addition, at least 17 cities and counties, Philadelphia and Pittsburgh, have adopted similar local ordinances. In September 2020, a version of the CROWN Act passed in the Pennsylvania House of Representatives. However, that bill has not been passed by the Pennsylvania Senate. Nonetheless, the push for CROWN Act legislation continues, and Pennsylvania very well may become the next state to join the coalition of states prohibiting hair-based discrimination. Likewise, at the federal level, CROWN Act legislation has passed in the U.S. House of Representatives, but not yet passed in the Senate.

The trend of states and localities acting to fill gaps in discrimination protections left by Title VII continues to develop. It is important for employers to continue to monitor these important developments and adopt appropriate personnel policies and training programs to ensure compliance with these new laws as they are adopted and become effective.  Our team of Employment Law attorneys are here to answer and assist you in navigating these continuing developments in employment discrimination law.