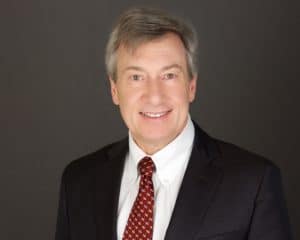 In February 2017, an incident involving a student and a teacher occurred on a school bus in the Easton Area School District. Interest in the incident sparked the Express-Times and lehighvalleylive.com to request a copy of a video that captured the incident under Pennsylvania’s Right to Know Law (RTK Law).

The school district objected to the request and the reporter, Rudy Miller, appealed to the Office of Open Records (OOR). The OOR sided with the reporter and directed the production of the video as a public record. The School District appealed the decision of OOR to the Northampton County Court of Common Pleas. The newspaper and its reporter were represented by Douglas J. Smillie, chair of FLB’s Litigation department. After briefing and argument, Judge Murray also sided with the petitioners, concluding that the video was a public record subject to disclosure.

The School District appealed again, this time to the Pennsylvania Commonwealth Court. Mr. Smillie argued the case for the media entities. Ultimately, the Commonwealth Court too agreed that the video is a public record and affirmed the order that it be produced.

The School District tried yet another avenue of appeal, seeking discretionary review from Pennsylvania’s Supreme Court. Although the school district raised a myriad of issues, the Supreme Court determined that one merited review by the Commonwealth’s highest Court: “Whether the Commonwealth Court erred as a matter of law in determining that the requested video, which depicts children on a school bus during the school day, is not exempt from disclosure under the Family Educational Rights and Privacy Act (FERPA).

The issue designated for appeal by the Supreme Court focused on a narrow exception to the RTK Law, which exempts records from disclosure where production of the  result in the loss of Federal or State funds by an agency or the Commonwealth. The School District contended that production of the video would run afoul of a provision of FERPA that provides that federal funds are to be withheld from school districts that have ‘a policy or practice’ of permitting the release of education records  of students without the written consent of their parents. Thus, the question became whether the school bus video is an “education record” within the meaning of FERPA.

Under FERPA, and “education record” is defined as “those records, files, documents, and other materials which– (i) contain information directly related to a student; and (ii) are maintained by an educational agency or institution by a person acting for such agency or institution.”

The Pennsylvania State Education Association (PSEA), the union representing teachers, joined with the School District in the effort to suppress the video. Both the School District and PSEA argued that a school bus video should be treated as an education record and, therefore, implicitly asserted that producing it would jeopardize the district’s ability to receive federal funds.

The media parties argued that the two-pronged test to define an education record simply had not been met. First and foremost, the School District had presented no evidence to establish that the video was a record that it “maintained.” The United States Supreme Court had previously established that “education records” under FERPA are only the type of “institutional records kept by a single central custodian, such as a registrar.”  They are not any record of a school, but rather a specific, limited subset of such records that are centrally maintained. Without evidence to demonstrate that the bus video was maintained by the School District in such a central repository, it has failed to meet its burden to establish that the video was exempt under the RTK Law.

They also argued that, under the second prong, although images of the students were captured on the video, the video itself did not “directly” relate to any individual student. Courts that had considered this question previously split on the question, but several recognized that FERPA is simply not meant to apply to records, such as the videotape in question, which were recorded to maintain the physical security and safety of the school building, and which do not pertain to the educational performance of the students captured on the video.

In reviewing the issues on appeal, the Pennsylvania Supreme Court, although internally divided on several issues, affirmed the determination of the Commonwealth Court, although on grounds not relied upon by the Commonwealth Court. Specifically, the Supreme Court determined that the School District failed to meet its burden to prove that disclosure of the video would result in a loss of federal funding, and thus did not establish that the video was exempt in the RTK Law. This argument had been highlighted by the media parties in their brief.

In sum, the Court concluded that the video is a public record subject to disclosure, but that the personally identifiable information of the students  are exempt from disclosure, so that the video must be released, but with the images of any students redacted.

This case represents the second time Mr. Smillie has successfully argued a media case before the Pennsylvania Supreme Court.