Fitzpatrick Lentz & Bubba represents Retina Associates of Greater Philadelphia and its two physician/owners in a suit against Mid-Atlantic Retina and its physician/owners in a dispute relating to a limited liability company (“LLC”) through which the physicians provided retina services at Wills Eye Hospital. The suit contends that the defendants breached a fiduciary owed to the plaintiffs when the defendants agreed among themselves to transfer the assets of the LLC  to their private retina practice, to the exclusion of plaintiffs. Those assets included several significant contracts with Wills Eye Hospital. 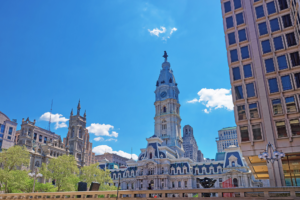 On appeal, defendants argued (among other things) that the members of an LLC do not owe fiduciary duties to other members.  In opposition, FLB  contended that when the majority voted to sell all of the assets of the business to another entity they controlled, to the exclusion of the two minority members, such conduct should be actionable and unlawful. The Superior Court agreed.

In deciding the case, the Superior Court reviewed the language of Pennsylvania’s LLC law. The Court concluded the law did not foreclose the claim. Rather, the Court looked to analogous corporate law noting in such situations the courts have agreed that majority shareholders of a corporation owe a fiduciary duty to the minority. In addition, the Court found that courts in several other jurisdictions had rendered similar holdings. The Court also rejected the argument that the members of an LLC should be “deemed” to be like limited partners in a limited partnership. The court found the analogy not applicable to the facts in this case, where the majority members affirmatively acted in a collective manner, and were not mere passive bystanders.

The decision adds to Pennsylvania law concerning the duties of members of LLCs and clarifies that those obligations mirror those of the owners of closely held corporations and partnerships. Because the fiduciary duty claims were dismissed at an early stage of the litigation, the case will now proceed for a determination of the individual liability of the defendants and a determination of damages.

Read more about the decision.